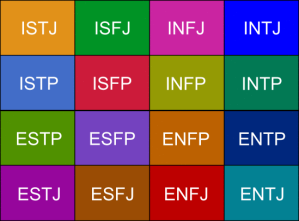 A while ago on LinkedIn someone asked a question about why many career coaches persist in using the Myers-Briggs Type Indicator (MBTI) when it seems to be lacking in validity as a testing tool. A number of other contributors joined in the criticism, describing MBTI as being on a par with horoscopes as well as attacking its Jungian origins and amateur-led development. I threw a few comments into the debate to defend MBTI, mainly because I like being a devil’s advocate rather than because I’m a wholehearted believer in the instrument.

Even though I am a qualified practitioner and have used it fairly extensively, I do have a number of doubts and criticisms about the MBTI and Carl Jung’s theory of psychological types on which it is based.

In this post I would like to talk about some of those reservations and ask some questions about what MBTI is all about.

In the next post I will attempt to look at how, despite these reservations, some of the concepts of MBTI can be useful in helping people with career decisions that goes beyond an unconvincing matching of personality types to particular occupations.

For those readers who are not familiar with MBTI concepts and terminology, you might want to do a quick bit of background reading first.

END_OF_DOCUMENT_TOKEN_TO_BE_REPLACED

Posted by David Winter in Uncategorized on 22 April 2010

Does self awareness make for quicker decisions?

How easy is it to make decisions wearing one of these?

In a rather cute bit of research by Takashi Nakao at Nagoya University, Japan (and a whole host of researchers at Hiroshima University), students were prompted with random pairings of job titles and asked to choose which occupation they thought they could do better. The researchers then used EEG to measure the students’ brain activity in certain areas that are associated with conflict in relation to decisions.

In the first study they demonstrated that the amount of activity recorded was related to the difficulty of choosing between the options. There was more activity (more conflict) as well as a slower reaction time when students were choosing between two options that they found equally attractive.

END_OF_DOCUMENT_TOKEN_TO_BE_REPLACED

As promised, I am writing a follow-up to The East and West of Careers Guidance.  Since posting the article I have been thinking about one of our alumni (who I will call Priti) who gave feedback about her experience of Careers Guidance in the UK:

The adviser was very nice, she asked me lots of questions about my career decision making and made me think about what had led me to my career choice. I did at the end of the interview feel very sad. Although she made me think, I knew I couldn’t change my social situation or career decision. I guess although we spoke the same language we ultimately didn’t understand one another.

According to the Social Learning Theory of Career Decision Making (SLTCDM), people’s beliefs (or generalisations) about themselves and the world of work influence their approach to learning new skills, developing new interests, setting career goals, making career decisions, and taking action toward career goals. John D Krumboltz, who developed SLTCDM and was also behind Planned Happenstance, went on to say that beliefs can become so ingrained that they may not be identified by their holders as beliefs – they are taken to be unquestioned, self-evident truths.

END_OF_DOCUMENT_TOKEN_TO_BE_REPLACED

Posted by David Winter in Action, Decision making, Skills and methods on 8 April 2010

Will he or won't he?

What do you think would motivate people more — getting them to focus on what they are about to do or asking them to think about whether they will do it or not?

When a group of students were given one or the other of these contemplative tasks before facing an anagrams exercise, the ones who had asked themselves whether they would do it completed more anagrams than the group who were just thinking about doing it.