This is how it feels

Last week Lord Davis launched Women on Boards, which examines the gender imbalance at the top level in UK businesses. In 2010, women made up only 12.5% of the boards of FTSE 100 companies. The Equality and Human Rights Commission estimate that, at the current rate of change, it will take 70 years to achieve gender equality in the boardroom.

One half of the problem is to do with the ‘supply side’. Greater proportions of women with the potential to reach the boardroom step off the career ladder lower down to concentrate of family commitments. In addition, women seem to suffer more than men from lack of confidence in their own abilities and sense of worth. For example, they are less likely to initiate  salary negotiations — and when they do, they may get penalised more than men for doing so.

That last point indicates the other half of the problem. Why are the capable women who are still in the game not getting access to a proportionate number of powerful jobs?

END_OF_DOCUMENT_TOKEN_TO_BE_REPLACED

Posted by David Winter in Career success, Chaos on 29 October 2010

How lucky is that?

On my recent trip to New York  I visited a number of interesting places that made me think about how people deal with change. (I know! Even on holiday I’m generating material for blog posts! How sad!).

I also read a book that made me think about luck. This blog post is an attempt to put all that thinking into one place in preparation for a possible training session on navigating change.
END_OF_DOCUMENT_TOKEN_TO_BE_REPLACED

If you dream it will be plain sailing, you may never set off

In a recent post (What might have been), I discussed a way of looking back to the past called counterfactual thinking. In this post, I would like to start exploring the ways in which we look forward into the future and some of the pitfalls involved in that activity.

Being able to speculate about and imagine the future is an essential part of decision making and it should be an area of interest for anyone involved in supporting other people to make decisions.

However, the way we go about that speculation may have a profound impact on our ability to bring that future into existence.

END_OF_DOCUMENT_TOKEN_TO_BE_REPLACED

Posted by David Winter in Decision making, Effectiveness, Reflective practice, Skills and methods on 25 May 2010

Of course, such musing doesn’t have to be regretful. ‘Imagine if we hadn’t sat next to each other on the train, we might never have got together?’ ‘What if I had gone through with my decision not to look at the job ads that day?’ Thinking like this usually provokes feelings of relief and self-congratulation.

We seem to be drawn to such speculation about things we cannot change and possibilities that no longer exist.

END_OF_DOCUMENT_TOKEN_TO_BE_REPLACED

Does self awareness make for quicker decisions?

How easy is it to make decisions wearing one of these?

In a rather cute bit of research by Takashi Nakao at Nagoya University, Japan (and a whole host of researchers at Hiroshima University), students were prompted with random pairings of job titles and asked to choose which occupation they thought they could do better. The researchers then used EEG to measure the students’ brain activity in certain areas that are associated with conflict in relation to decisions.

In the first study they demonstrated that the amount of activity recorded was related to the difficulty of choosing between the options. There was more activity (more conflict) as well as a slower reaction time when students were choosing between two options that they found equally attractive.

END_OF_DOCUMENT_TOKEN_TO_BE_REPLACED

Are you following the script?

Posted by David Winter in Stories, Understanding clients on 8 February 2010

Let's hope your script doesn't end up like this one.

In preparation for a day-long workshop for doctors on interpersonal communication I have been refreshing my memory on Transactional Analysis.

TA (as it is known to its friends) first endeared itself to me when it helped me to understand a bizarre pattern that would happen with certain clients. Some people seemed to take a strange delight in shooting down every idea that I came up with. Every single suggestion about how they might make progress was found to have a fatal flaw. At the end of the session I felt exhausted, frustrated and a complete failure.

Thanks to TA I now recognise that this could an individual trying to engage me in the ‘Why Don’t You…Yes But‘ game. It was a bit of a revelation to me that someone might prefer the disappointing pay-off confirming their belief that they were beyond help to the more positive pay-off of actually being helped.

END_OF_DOCUMENT_TOKEN_TO_BE_REPLACED

Impact of a recession on beliefs 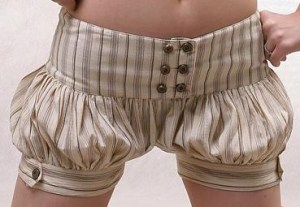 My! Those are interesting shorts!

How will the recession affect the world-view beliefs of those young people living through it?

A discussion paper from the Institute for the Study of Labor (IZA) in Germany, analyses certain beliefs held by United States citizens and tries to link these beliefs with an individual’s exposure to recessions. They found that people who experienced a recession during a key impressionable age range (18-25 years old) were more likely to believe that success in life was down to luck rather than hard work. They also found that this belief tended to persist throughout the person’s life.

This belief that success in life is beyond your control can lead someone to make less effort, which then makes the belief a self-fulfilling prophecy.

Giuliano, P. & Spilimbergo, A. (2009) Growing Up in a Recession: Beliefs and the Macroeconomy. Institute for the Study of Labour IZA Discussion Paper No. 4365.

END_OF_DOCUMENT_TOKEN_TO_BE_REPLACED

Having recently run a workshop on differences in cultural communication, my eye was caught by a fascinating study just published in the Journal of Occupational and Organisational Psychology. The authors were looking into the explanations people from different countries gave for their career changes. The reasons given were divided into internal factors (e.g. desire for a change, wanting to develop) and external factors (e.g. organisational restructuring, luck). So far, so standard attribution theory.

But who or what is responsible for the change?

The interesting bit was when they looked at country differences. The career changers from the USA exclusively gave internal reasons for change, whereas those in China gave mostly external reasons. Career changers in Europe tended to offer a mixture.

END_OF_DOCUMENT_TOKEN_TO_BE_REPLACED

If only it were that easy!

You may have noticed the theme of compromise that I have been developing over the latest few posts. Given the economic conditions, it is very likely that people will be forced to make more compromises in their careers. So it seems to make sense to explore the notion of compromise and examine how to do it well.

I’ve decided to continue this theme by introducing another classic theory. This one is primarily a matching theory, but with a bit more to it.

I have included a brief summary of the Theory of Work Adjustment (TWA) in the resources section and you might want to read that first if you are unfamiliar with it. Here I will concentrate on why I think it is interesting.

END_OF_DOCUMENT_TOKEN_TO_BE_REPLACED

Imagine that a small hamlet of 600 people has been struck down by a potentially fatal disease. A health expert comes to you and offers two possible treatment programmes:

Which would you go for?

Now, let’s imagine that neither Programme A or B is viable. Instead, the boffin proposes another two treatment programmes:

Which would you choose now?

This probably didn’t trip you up — you may have spotted that programmes A and C are exactly the same and programmes B and D are exactly the same. However, when these choices were presented separately to two groups of people, those who were given programmes A and B mostly chose A, and those who were presented with C and D mostly chose D (Entman, R. M. (1993), Framing: Toward clarification of a fractured paradigm. Journal of Communication 43(4)  51–58.)

Presenting the options in a slightly different way with different wording resulted in people making radically different decisions. This is an example of a cognitive bias — a repeatable irrationality in the way we tend to think and make choices. This particular cognitive bias is called framing (or possibly the pseudocertainty effect), but dozens of them have been identified.
END_OF_DOCUMENT_TOKEN_TO_BE_REPLACED