Self creation or self discovery?

Posted by David Winter in Metaphors, Understanding clients on 25 June 2012

Who put that there?

What metaphor do you use to describe the development of your sense of identity or self knowledge?

Do you think about increasing self awareness as an act of self discovery? As you find out new things about yourself, are you just uncovering what is already there? Are you seeking to reveal more about your ‘true self’ so that you can make choices that are more consistent and authentic? Is your core self something that is determined by your past and mainly fixed?

Alternatively, do you think about increasing self awareness as a process of defining who you are and making choices about who you want to be? Are you involved in an on-going process of self creation, shaping your identity through your choices and experiences? Is your core self something malleable and open to infinite change?

The metaphor you are most drawn to (discovery or creation) can affect your sense of meaning, your well being, your ability to set personal goals and your response to failure.

END_OF_DOCUMENT_TOKEN_TO_BE_REPLACED

My strategy is to distract you with my fingernails while I move this horsey thing...

At the end of last year I taught a Chartered Management Institute Level 3 Leadership and Management course. It was great fun as it allowed me to play with various leadership and management theories and apply them to practical situations.

During the course, we touched on strategic planning and I came across an interesting model/theory about different approaches to strategy used by organisations. It occurred to me that this could be applicable to individuals thinking about their own career development strategy.

END_OF_DOCUMENT_TOKEN_TO_BE_REPLACED

Posted by David Winter in Career satisfaction on 6 October 2011 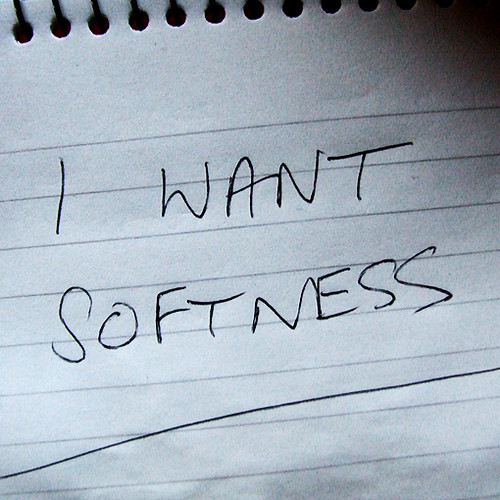 Why is softness not on any of these lists?

According to Maslow we have five (or is it eight?). However, many other people have thought about what human beings need to be happy and fulfilled, what we strive for and what motivates us, they have come up with some different numbers.

Clayton Alderfer (1969) set about rearranging Maslow’s needs. Rather than Maslow’s traditional hierarchy, he suggested that human needs were made up of three relatively independent factors and the order may vary between individuals.

END_OF_DOCUMENT_TOKEN_TO_BE_REPLACED

Posted by David Winter in Understanding clients on 27 September 2011

Do you think they're motiviated by a promotion or prevention focus?

A few weeks ago I wrote about regulatory focus theory (approach and avoidance motivations) and its possible impact on your career satisfaction.

Having said that, most people will have a default approach they take to new situations. Generally, people feel more motivated about their goals if they can pursue them in a manner which fits with their regulatory focus. So, promotion-oriented individuals will feel more engaged if they are allowed to pursue goals in a positive, eager manner and prevention-oriented individuals feel better if they are allowed to be careful and vigilant.

END_OF_DOCUMENT_TOKEN_TO_BE_REPLACED

Posted by David Winter in Models, Understanding clients on 19 May 2011

Definitely some feedback in this system

A few weeks ago Katie Dallison wrote a post about the Systems Theory Framework of Career Development — an attempt to combine all the different theoretical strands into one big ‘metatheory’.

Vinny Potter responded to this behemoth of a theory by suggesting that we keep it simple. He proposed his balloon model as a something that practitioners might be able to apply live in the real world.

Perhaps Vinny didn’t need to invent something new (although I’m glad he did). He could have just backtracked to one of the simplest formulations of general systems theory: the open system model.

END_OF_DOCUMENT_TOKEN_TO_BE_REPLACED

Posted by David Winter in Action, Chaos, Relationships, Stories, Work-life balance on 10 May 2011

Quite a few of the journal articles I scan in order to generate material for this blog get filed under “Well, duh!”. They usually report studies that have gone to great lengths to prove something that was blindingly obvious to anyone with common sense. To be fair, these studies can be completely valid; they are providing concrete evidence for things we assume to be true. However, they don’t really make for interesting blog posts — ‘Here’s proof of something you knew already’.

The article by Köpetz et al. (2011) could easily fall into that category. The findings are not exactly startling. Here’s the abstract:

In the presence of several objectives, goal conflict may be avoided via multifinal means, which advance all of the active goals at once. Because such means observe multiple constraints, they are fewer in number than the unconstrained means to a single goal. Five experimental studies investigated the process of choosing or generating such means for multiple goals. We found that the simultaneous activation of multiple goals restricted the set of acceptable means to ones that benefitted (or at least, did not harm) the entire set of active goals. Two moderators of this phenomenon were identified: (a) the feasibility of identifying multifinal means, which was dependent on the relations between the different active goals, and (b) the enhanced importance of the focal goal, which resulted in the inhibition of its alternatives and the consequent relaxation of multifinality constraints.

END_OF_DOCUMENT_TOKEN_TO_BE_REPLACED

How SMART is SMART?

An open goal - that's surely better than a closed one?

Following on from Jim Bright’s post about applying the Chaos Theory of Careers to work with clients, I wanted to pick up on the thought that goal-setting is not always the right thing to do.

Being of more ‘spontaneous and unstructured’ nature, I find it quite oppressive when coaches and trainers bang on about the need to set SMART objectives. You all know the acronym:

All this hyper-focused-ness makes me want to scream sometimes.

These conditions seem to assume that nothing is going to change; that the goal is somehow separate from the context in which it has been defined. They assume that life is not complex, that you can plot a course and just follow it.

Perhaps it’s time for a different type of SMART objective.

END_OF_DOCUMENT_TOKEN_TO_BE_REPLACED

The danger of goals and power

How long will it take to hit the target?

Two of the frequent aims of career coaching or counselling are to empower clients and to help them develop amibtious personal goals. Nothing could possibly be wrong with that, you might think.

However, according to studies performed by Mario Weick, from the University of Kent, and Ana Guinote, from University College London, people who experience feelings of power can seriously underestimate how long it will take to achieve their goals.