This got me all enthusiastic about typologies that put people into boxes which describe their approach to career management and decision making. I’ve found a few, but I’m hoping that you can come up with some more for me. 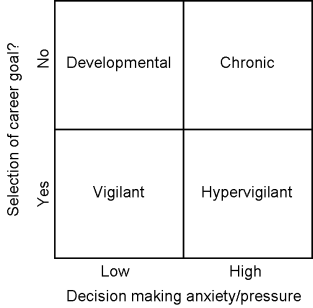 Greenhaus et al. (1995) developed a grid based on levels of career decisiveness. They divide people up based on whether they have or have not developed a clear career goal and whether or not they experience anxiety about their career decision making.

This concentration on having goals is all a bit linear, so let’s look for something a bit more boundaryless. 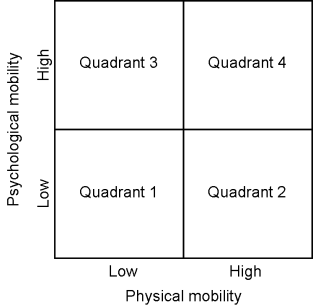 In developing the concept of the boundaryless career, Sullivan & Arthur (2006) distinguished the concepts of physical mobility and psychological mobility. Applying these two dimensions gives us four approaches to career flexibility. Unfortunately, Sullivan and Arthur didn’t come up with any memorable names for these different approaches. Ideas welcome.

Clarke (2009) describes four types of workers. Unfortunately, her four people don’t fit nicely into a grid, so I had to do a table. Still, she has given them interesting names.

Careerists (whatever that means) 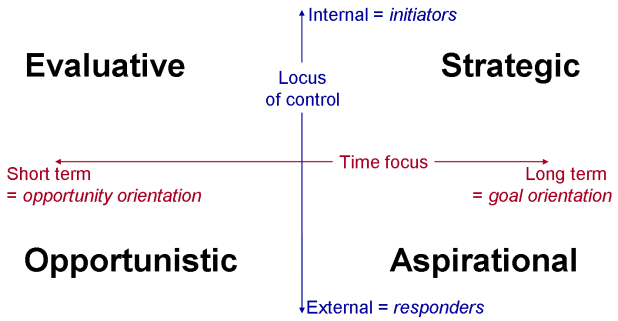 What other typologies are you aware of? Extra point will be given for the best names.

This entry was posted on 14 February 2011, 11:00 and is filed under Career choice, Career success, Decision making, Employability. You can follow any responses to this entry through RSS 2.0. You can skip to the end and leave a response. Pinging is currently not allowed.